Can I Get My Baby Back After Adoption?

If you are considering adoption for your child, then you are well aware of just how big a decision you are making. The process that is in place takes into account the gravity of that decision, and as a result there are fail safes throughout the process that allow for adoption proceedings to be terminated or revoked if the Birth Parent(s) have a change of heart. That being said, once the adoption becomes permanent, there is nothing that one can do to reclaim custody of the child.

Now an adoption only becomes permanent after three criteria have been met:

Changing your mind about adoption before the birth of your child

If for any reason, before the birth of your baby, you decide that you don’t want to go through with the adoption proceedings, you are well within your rights to change your mind. If the decision is made because you feel that you should parent the child instead of the adoptive parents then you will simply retain parental rights, but if the decision is made because you feel as though the Adopting Parents are not right for you and your child, then your adoption professional should be notified so that you can discuss further options. 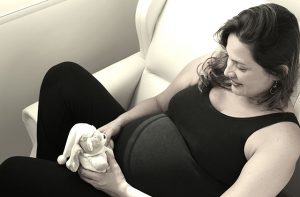 An adoption that is terminated after an Adoptive Family has been matched is referred to as a ‘disrupted adoption,’ and while it is ultimately the mother’s right to disrupt the adoption, the prospective family will have undoubtedly invested a great deal (possibly financially, and definitely emotionally), so it is not something to be taken lightly.

It is also important to know that after you have given birth if you realize that you cannot care for your child or feel that you need to go forward with your original decision to pursue adoption, you still have options.

Once you have given birth, the next step in the adoption process is signing your consent  in order to terminate/transfer your parental rights.

First, let us define consent as it pertains to adoption. Consent is when the parent or agency in charge of the child being relinquished for adoption releases their rights of guardianship of the child. 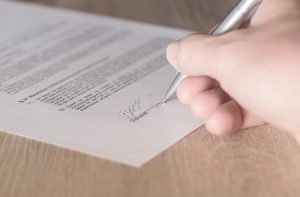 It is at this point that the process becomes a little more nuanced, as each state has its own laws regarding when consent can be given. In some states consent to the adoption can be given at any time after the birth of the child, while in other states there is a mandatory waiting period (after birth) during which you will be legally unable to consent to adoption. The reason for this waiting time is that states recognize the emotional and physical toll that birth takes on a mother, and so the enforced waiting time is an attempt to ensure that the decision to go forward/or not go forward with an adoption is made after the Birth Mother has had some time to recover. The waiting time varies from state to state, ranging from mere hours to a couple of weeks. Use the time allotted to you following the birth of the baby to make absolutely sure of your decision and try not to feel pressured by time, for it is perfectly understandable to require some time to make the final decision. If you change your mind during this window, or at any time before you sign your consent, you can retain guardianship over your baby. It is advisable that you familiarize yourself with the adoption laws in your state as they vary greatly from state to state; you can do the research yourself or simply contact an adoption law office or adoption agency and they will be happy to inform you as to your rights.

The final criteria, and the one that truly cements an adoption as permanent, is the passing of your revocation period. Much like with the signing of consent, each state has different laws regarding revocation periods, and in some cases there aren’t any (meaning that signing your consent makes the adoption final). But in the states that do have a revocation period, it serves as a second window of time during which you can change your mind and regain custody of your child. Most revocation periods are somewhere between 5 working days and a month, and you can find the laws specific to your state here.

There are also a few circumstances under which consent can be revoked:

Revocation laws are complex, and it may be in the best interest of the birth mother/parents to seek counsel from an adoption law office or another entity that knows the ins and outs of revocation laws so that you have the best chance of regaining custody of your child.

An important step in the adoption process is determining the type of adoption that you are looking into. In the event that an adoptive mother is unable to reclaim parental rights over her baby, there can be consolation in the ability to maintain a relationship with the baby and its adoptive family. That is why it is important to consider an open adoption from the beginning that allows for the lines of communication to remain open. Even if an open adoption is not agreed upon before the finalization of the adoption, it is still possible that one can be attained after the fact. But once the adoption is finalized, it becomes the adoptive family’s decision as to how much access you are given.

Unplanned pregnancy? We can help. Call now or use this form:

Click here for your
Free Unplanned Pregnancy Kit
Click here if you
Want to Adopt a Newborn Baby
1-866-619-6008
For your free, no-obligation consultation
Courageous Choice provides services pursuant to the direction of an adoption attorney
Privacy Policy
Top of page